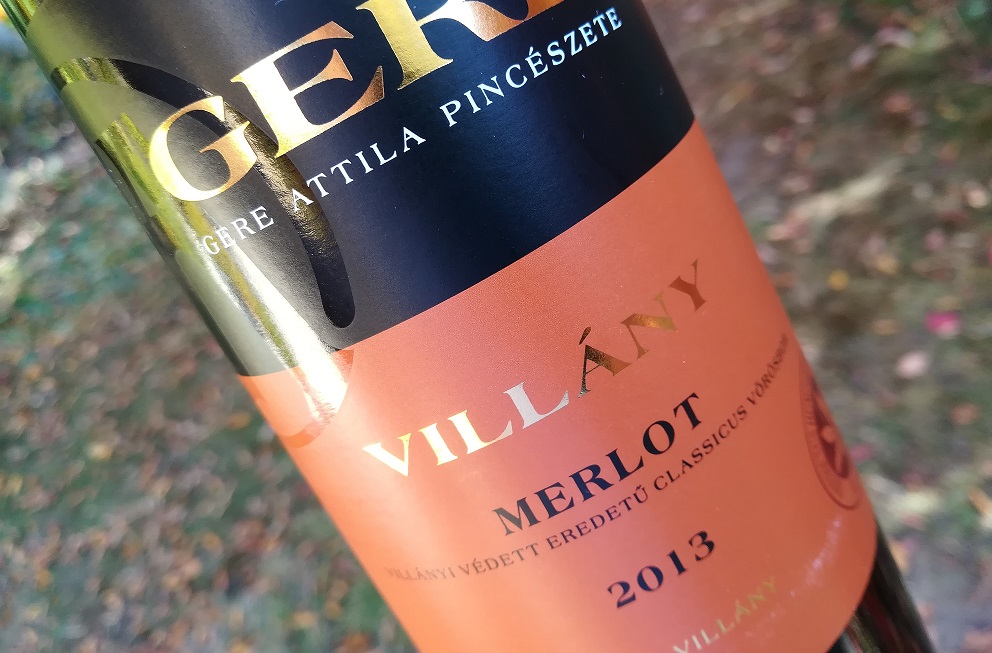 This wine made me wonder. The 2010 vintage was hailed not just by me as an outstanding Hungarian red and as recently as last Christmas it was still going strong.

At the time I thought the key to its excellence lay in the fact that it was a declassified Solus (the winery’s iconic merlot bottling). With the present wine that explanation is out of the question as the 2013 Solus is already on the shelves rendering any comparisons pointless and thus saving me from making overarching generalizations. God knows I was tempted. Because this is a depressingly ordinary wine. I don’t want to go as far as claiming that it’s a shame for one of Hungary’s most prestigious wineries to put their name on the label because after all the wine is not faulty or undrinkable. But I couldn’t come up with a single reason why anyone should spend 12 euros on a wine like this. It falls painfully short of the international standards one can reasonably expect nowadays at 10 euros. It’s rustic, rough around the edges, one-dimensional and lacking any character.

Normally selling for 12 euros, I bought it as part of a special offer at 8 euros (Source: CBA Príma Nova, Szeged).

View all posts by Alföldi Merlot